The Evolution of Advertising: From 1971 to Present Days

“Only half of all advertising works, but no one knows which half,” said John Wanamaker, the owner of a huge retail business, over a century ago. Since then, advertising underwent several stages of transformations none of which were as drastic and fateful as ones that happened within last (digitalized) decade. If businesses had previously counted on the mass reach to achieve better effectiveness, during last decade everything shifted towards personalization. So, let's explore the evolution of digital advertising and its ad formats.

The advent of digital advertising

The dawn of the computer era, that started in the 1970s, has brought the concept of digital marketing to life. Moreover, it also gave a rapid rise to digital advertising as we know it today - bright, moving and clickable. In 1995 the total number of internet users worldwide reached 16 Million. Subsequently, this number climbed up to 558 Million in 2002.

The penetration of the Internet to households reduced the effectiveness of TV ads. Banner ads, video ads, and rich media flooded the market and hit the bar of spend counted in billions. If in 2013 the total spend for these formats was near $17,48, in 2018 it accounted for $42,64. Mobile channel reaps 21,73 Billion spends, while desktop stays at 9,12 Billion. Brands started to serve advertisement formats using programmatic advertising that individualizes impressions according to the target audience: geolocation, language, daytime, behavioral and demographic data.

In 2018 Google launched the Coalition for Better Ads to restrict certain ad types and dimensions that affect user experience. The ad blockers ban the rest. Realizing that large sums were thrown to the wind, brands were looking for ways to overcome ad blockers. That’s when rewarded ads, playable ads and push ads appeared. Due to interaction specifics, these formats are not getting blocked by ad blockers. A good example is push notification which appears in the form of the system alert. If the push ads were only previously used for system notifications, in 2018 their benefits served advertising purposes: higher engagement and opt-in rates, fraud-free environment, and seamless experience.  Try them all in action on SmartyAds DSP.

Various mobile screens and the difference in ad unit sizes make cross-channel advertising a new must-have in 2019. The speed of mobile advertising development indicates the new need to engage customers via interactive appeal, which push ads to do best in e-commerce, music, food and drink industries. Whereas, VR and AR advertising is yet to arrive.

In 2019 Programmatic ad spend has drastically increased ($98 billion (U.S) and will continue to do so in the future. However, brands start to acquire White Label and In-House platforms to guarantee transparency, privacy, openness, and safety of the chain at the very core.

Furthermore, advertising agencies and large corporations today are eager to grow their own competence, increase clarity for their clients, and obtain control over margins and commissions. Thus, it is expected that White Label Solutions and In-House programmatic solutions will make internal business processes more clear and media-trading outcomes more predictable.

Share “The Evolution of Advertising: From 1971 to Present Days” on your site: 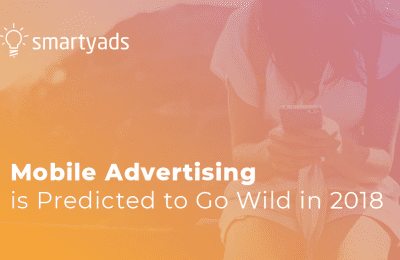 The Future of Mobile Ads: Mobile Advertising is Predicted to Go Wild in 2018 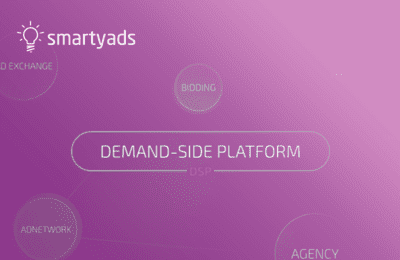 What is a DSP (Demand-Side Platform)?
Previous Article
next
4 Tried and Tested YouTube Marketing Tips for Your Ecommerce Business July 2019 Next Article
previous
What Is Programmatic Audio Advertising and How Does It Work? July 2019