Many app developers have one big question on their mind: “How do you launch an app successfully”? Anybody who has ever published an app will tell you that success is something that is never guaranteed. There will be people out there who claim to have some magic potion to successfully launch an app, but digital marketers know that nothing is ever certain. The mobile app playing field is competitive like never before, and quite frankly there are lots of apps that end up not making any money.

What can you do to increase the probability that your current and future app launches will be successful? In this article, we will share with you some of the ideas on how to launch an app successfully and become an App Store or Google Play star.

Launching an app, think about problem-solving

Many successful developers will tell you that you must sell the problem that you are solving, not necessarily the app. Simply launching an app and hoping that people will realize its benefit themselves is not going to work. Every industry has a problem that may cause a bunch of pain points, and this should be your emphasis. Most people hope to get the next big idea for an app that will be bought by industry giants such as Google and Yahoo for millions of dollars and this is not the right approach to take, this is one of the best practices of app launch.

Most of the products and services around us were created to solve a particular problem. For example, we needed a faster way to get from point A to point B, so the car was invented. We needed a faster and more comfortable way to travel overseas, and the airplane came along. Marketing your app before launch begins with pitching the solution to a problem that your app resolves, as opposed to the cool features of the app.

Researching your competition and industry should become an essential part of your app launch strategy. Every piece of data that you obtained from your research will give you an idea of what you are up against regarding the market size, functionality, and the quality of the apps your target audience is currently using. Customer satisfaction, pricing, and competitor’s apps do matter as well. Based on the data that you gather, you will be able to make an informed decision on whether or not you should pursue a given opportunity and whether or not you will be able to monetize such an app.

There are many reasons to snoop around the competitor’s product. First of all, a lot of times as developers, we love to create cool new features for our apps, but we are not asking ourselves “Is this really what the users want”? There are many situations where the users will hate a feature that you find cool and innovative so be sure to analyze the competitor’s products for such issues. Also, be sure to monitor how well the competition performs after the product launch. You’ll discover many bugs in the code afterward, and they will get an earful from the users. While tidying the competition is a time-consuming process, you can generate ideas and find room for improvement to give your product a competitive edge on the market.

Prepare the landing page for your app

A giant hurdle that lots of developers encounter, is obtaining and maintaining the attention of their prospective users. There are many situations where developers put efforts into creating an engaging and intuitive app and then face a complete silence. This is why one of the best practices on how to launch apps is creating your app landing page 2-3 months prior to launch.

If you received some inquiries from your website or landing page, you can start building databases of emails that can be used for lead nurturing purposes. You can send your most active users updates regarding the release of new features and other apps that you queued for future launch.

Before launching an app create Mockups

Mockups are a great way to show everybody all of the interesting design features you have planned for your app. If you are looking to get inspired, a lot of the free mockup tools out there offer plenty of templates for you to choose from, such as Balsamiq Mockups, Mockplus, Wireframe.cc, Moqups and Invision (free one), just to name a few. Users are expecting a certain level of professionalism from your team, and by using the app mockup, you can give them a sneak peek into the quality of your design. 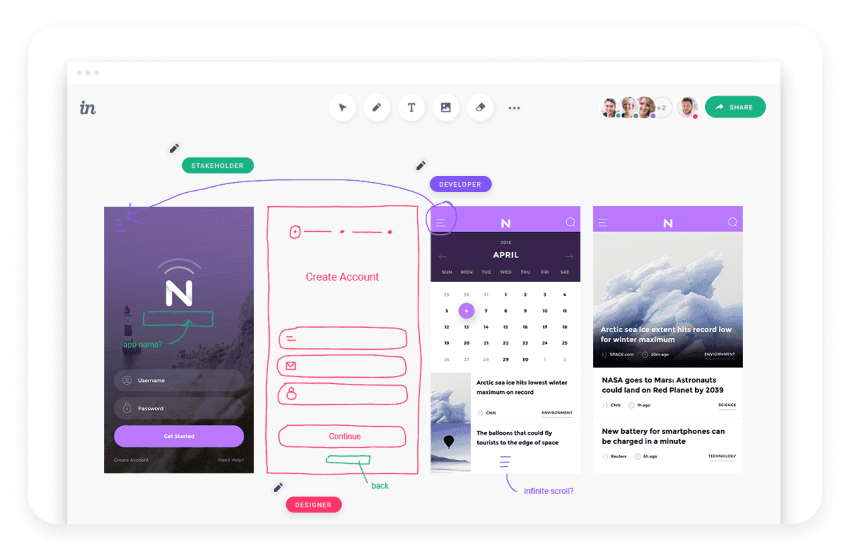 Top of the line graphic design software such as Adobe’s Creative Cloud might be very expensive but are well worth the investment. However, if you cannot buy such tools, that does not mean that you have to do without graphic design software altogether. There are some free options to take advantage of, they can be useful depending on the design quality level you are trying to achieve. For those of you who are scared of working with designs, there are also tools available that are very easy to use. Such tools like Sketch, Porto.io, Origami Studio for UX design and many others, which let you produce designs that will add an element of quality and uniqueness to your design. 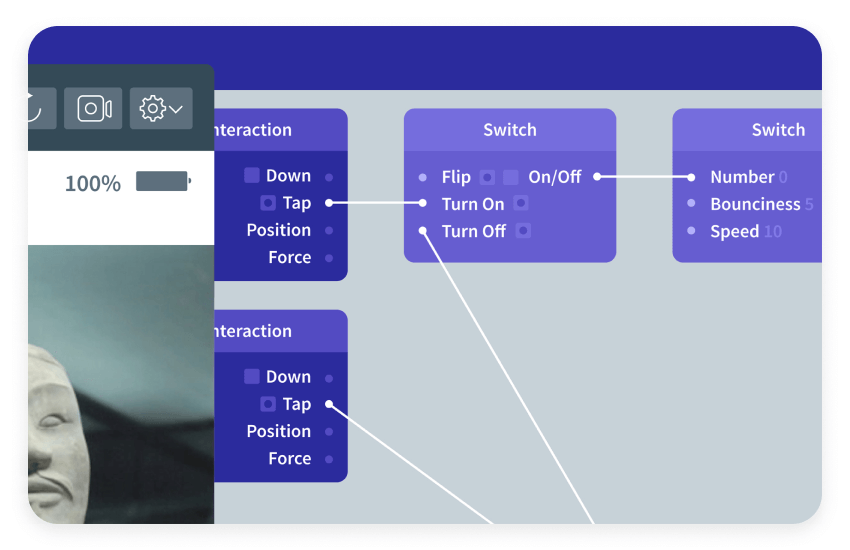 Coding is an essential step

If you are creating an app for iOS, the easiest thing to do would be to build it natively with Interface, Xcode, and Swift. Xcode can be downloaded for free and, if you would like, you can use it to install the app on your phone. Lots of debates are devoted to the subject of the best option that should be used for the first case app launch. Most experts agree that Swift would be better in this situation, but if you are working with a legacy application, it would be better to use Objective-C. Also, be sure to employ cross-platform applications since you could build your app on it once and then export it to another platform of your choice later.

How to launch your mobile app in the App Store

Getting your app on the App Store is easier than you think. The first thing you need to do is to get an Apple Developer membership which costs $99 a month. Along with your membership, you will get access to iTunes Connect. 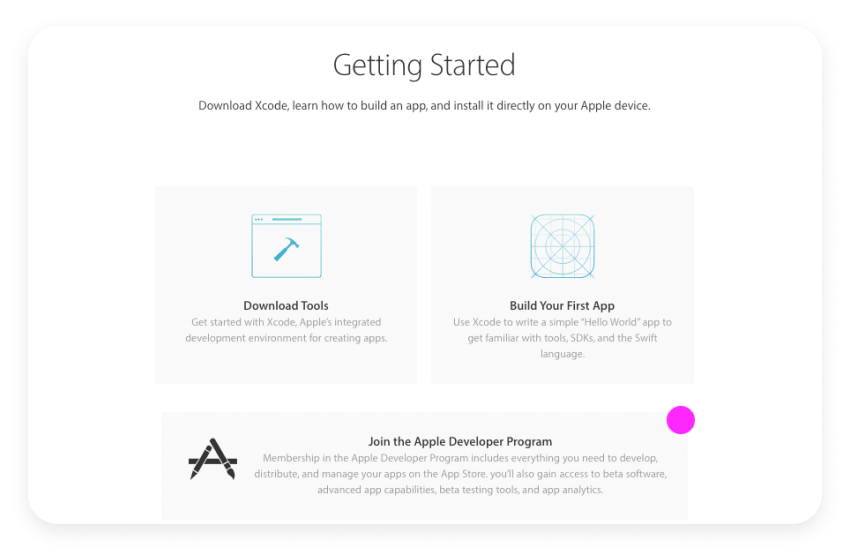 Then you can use Xcode to load your application for Apple to review. Such a review could take one or two weeks for Apple to make sure that it adheres to all of their requirements. After a successful review, your app is ready to go. However, the process of app launching does not end here. There are still a few steps you need to take.

Don’t cease to market your app

The marketing process should begin long before publication and should continue long after release. Your marketing activities will be geared towards showcasing your app, and it’s a pitch to prospective users. Part of this process is doing some research into where most of the downloads are coming from and creating both free and paid advertising in that region. If your app is performing poorly in the specific areas or countries, consider localizing it to fit the language and expressions used in that particular area.

Use new in-app ad formats to monetize your app

You study all of the best ways to launch an app and now is the most critical part: monetization. In-app advertisement is quickly becoming popular as more and more publishers are beginning to use it because it offers a sizeable chunk of the revenue. The better publisher’s website is adapted for mobile ad formats, the better the ad format will perform. Still, in-app purchases maintain the top spot concerning in-app advertising for driving revenue, accounting for at least 40% of all income generated by the publisher.

They do not affect the user’s experience since the option to purchase extra products appears naturally in the game or app. A good example of such format is a highly popular rewarded video ad unit that lasts up to 5-10 second. This ad was designed specifically for in-app advertising. After interacting with the ad unit, the users get a daily game bonus or extra app functionality as a reward for their attention. 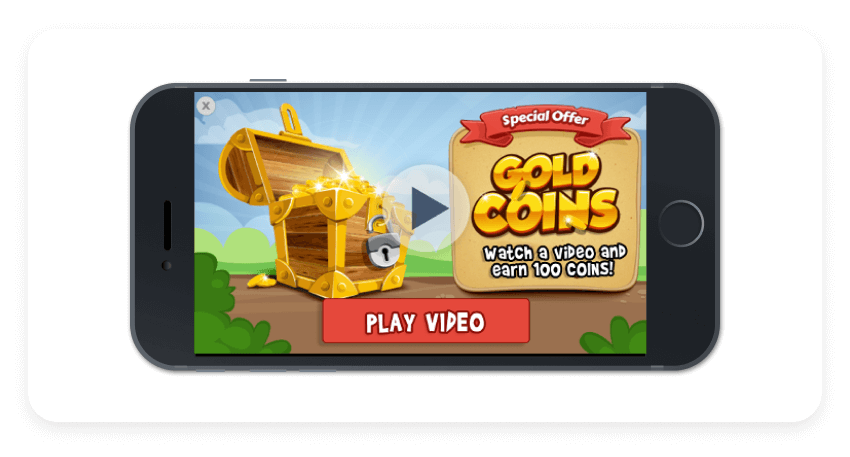 If you would like to monetize your app via in-app advertising, consider the best mobile ad format and placement which the user will not find annoying and select a supply-side platform that will serve as a link between your app the top global advertisers. SmartyAds supply-side platform is a specialized platform that allows to manage your future ad placement and demand connections in the single interface.

Get access to the greatest demand now and sell your app inventory effectively.