It’s easy to fall into the misconception that optimizing an advertising campaign begins when the ad campaign is already launched, indeed, the optimization strategy should be well thought-through before you even choose an advertising platform.

From the very beginning, it is crucial to understand the aim of the ad optimization whether it is better click-through rate (CTR), conversion rate, or decreased CPA (cost per action) to know what to strive for and what result should be achieved in the long run.

Ad optimization is tricky. It will take time before you will be able to see real shifts in the campaign performance, even the slickest optimization maneuvers will not be able to maximize ad campaign results in a day.

In general, it takes either 10-20% of the campaign to be accomplished or the few weeks of the ad campaign running to obtain a full picture of the changes that took place. After that, you can analyze and plan your ad campaign optimization taking into account freshly-baked data.

The advertising optimization can significantly improve the buying process for the advertisers who’re aware of their best-performing audience.

Reaching the most valuable demographics are easily achieved through targeting when it comes to programmatic. But how to find out which one will bring you the most value? We suggest to apply 80/20 segmentation rule every two weeks.

Allocate the target audience into segments according to the valuable targeting indicators, for instance, these can be middle-class families or wealthy, single white-collar professionals hailing from big cities. Apply the quality score on these groups using the following data: sales committed, the profits brought, customer lifetime value, etc.

During ad campaign optimization exclude the bottom performing 20% from your target at all, the rest of the 80% should be subgrouped into two categories, one of which will be called “common” - 80% and the other “best - 20%.” Assess the user clicks/conversion rates/incomes that each group brings using downloadable programmatic statistic reports.

Now you can spend less get more from your ad campaign setting several times higher bid for the “best” target audience group compared to the “average,” same way adjust the ad frequency or both through your DSP dashboard. 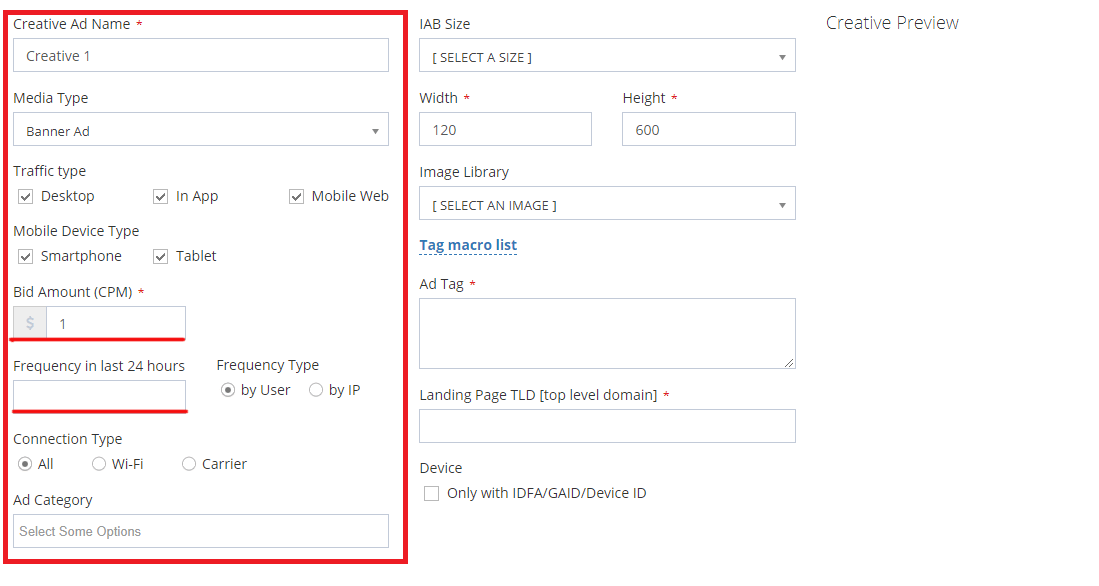 Only based on the large-scale analytics advertiser can plan a working strategy and maximize ad campaign results effectively.

Before investing ad resources in additional third-party market research, it is essential to make sure you make the most of the big-data programmatic reports generated by your DSP and make an analysis of ad campaign optimization monthly.

Keeping in mind your desired KPI, where one of the most strategically important indicator is the cost per click, sort the domains in the list according to the amount of ad spending. Define which domains or networks consume 80% of your advertising campaign budget, the rest keep intact.

For your ad buying optimization work with these 80% sorting them according to CPC or CPA rates subsequently blocking most costly and ineffective 20% from your ad campaign applying the blacklists.

Such media buying optimization may seem radical, but with a flow of time, it will help to find out which domains are not working for your campaigns at all and which underperform only in certain ones.

The alternative way is to define the domains that draw the most ad spend and meet or exceed the desired KPI at the same time. The good decision that an advertiser can take towards such domains is to raise the bid for such sites in the ad campaign settings.

It is important to know how to look at the ad optimization from different angles, this way, for instance, some domains or sites can rank very well from the point of impressions and user clicks but have strikingly low engagement rates.

This situation comes out as a result of targeting the wrong audience or in case of missing or confusing call to action, it also happens when the users don't understand how and where to order so the problem can be in the poor advertiser's website usability.

As we already found out, blacklists are not only intended for avoiding fraudulent traffic. They are irreplaceable for the advertisers planning to maximize ad campaign results as they help to cut out the domains serving impressions on which has proved to be systematically ineffective practice.

How about the whitelists and how to achieve additional ad buying optimization with them? Fairly easy, just after you defined the highest performing sites that generate the most part of the income you can add them to the whitelist and also use for the new ad campaigns that are yet to be launched.

Creating a white or blacklist in SmartyAds DSP, an advertiser can select between conditions to filter, for example, site domains or IP addresses, an app name or the publisher ID:

Often advertisers don’t have a clue that media buying optimization may depend on such thing as the type of creative they use for the ad campaign.

Over a decade ago there was a massive technology shift during which Flash was replaced by HTML5 format. Some advertisers might still use Flash-based creatives for advertising campaigns; however, for the sake of embracing mobile audience, we suggest using only universal and mobile-friendly technologies.

Again, when it comes to the ad optimization it is crucial to find out which one functions better in many concerns, such as engagement or the user clicks the statistical data on which can be derived straight from your DSP by adjusting the filters.

Using the same framework 80/20 approach, you can define the most effective ad types and sizes for your online advertising campaign and reduce those that bring the least value. We recommend advertisers to make important campaign optimization decisions only after a creative reaches the level of 10.000 impressions.

Starting off the new ad campaign advertisers can refer to the data retrieved from the last campaign, for instance, if the particular size or type was successful the next creative can be shaped up approximately same way. 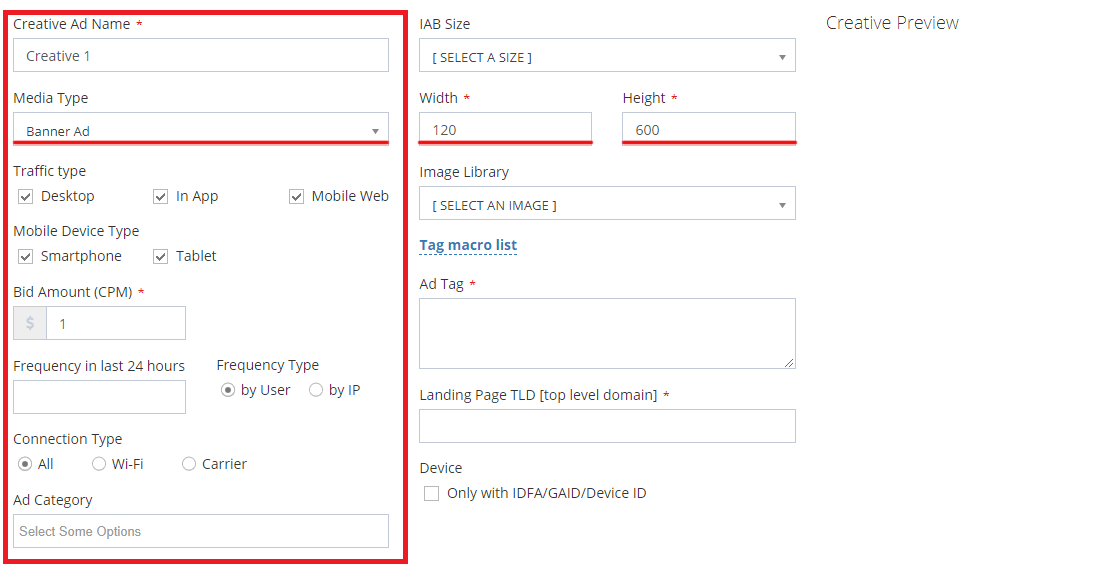 Changing the targeted ad placement can be also important for media buying optimization.

Almost all advertisers believe that their creative will be better off placed above-the-fold, whereas the practice proves, in certain circumstances, below-the-fold placements achieve far better click-through and conversion rates e.g when the ad is placed within the excellent quality content that engages the user to read till the end of the article. That’s why only current data analysis is what can provide an advertiser with objective and credible results.

Programmatic advertising platform obviously provides an advertiser with myriads of opportunities to maximize ad campaign results with the work of automatization tools, precise targeting and budget-related options that eliminate ad spending from the very moment of ad campaign launch.

Still, advertisers can always expect better ad campaign performance if the data generated within the programmatic system is interpreted and applied in every subsequent ad optimization round.

Thus, achieving a new high-level quality score of your ad campaign will depend on your programmatic advertising platform and its capacity to generate a comprehensive applicable user data that provides you with a full performance picture.

Programmatic advertising platforms with the most efficient ad buying algorithms will always provide a marketer or the advertiser with the ability to tune each ad campaign individually to the target audiences, select the best time spans it is better to address the viewers and create own personalized white and blacklists to avoid ineffective placements in the future.