Right after taking the decision on third-party cookies shutdown, Google Chrome announced the blocking of three new annoying video types. Reportedly, by blocking ads Chrome pursues the purpose of turning digital advertising space into a user-friendly environment that fosters valuable and unintrusive user experience. The changes should be enacted starting from August 5, 2020. As well, Google announced that it will support the latest standards developed by Coalition of better ads set into action this February.

The development of the Better Ads Standards adopted by Google was based on research that involved 45 thousand users from 8 different countries. The research held by Coalition of Better ads showed that when it comes to videos that last up to 8 minutes, people consider advertising of the following types most intrusive: 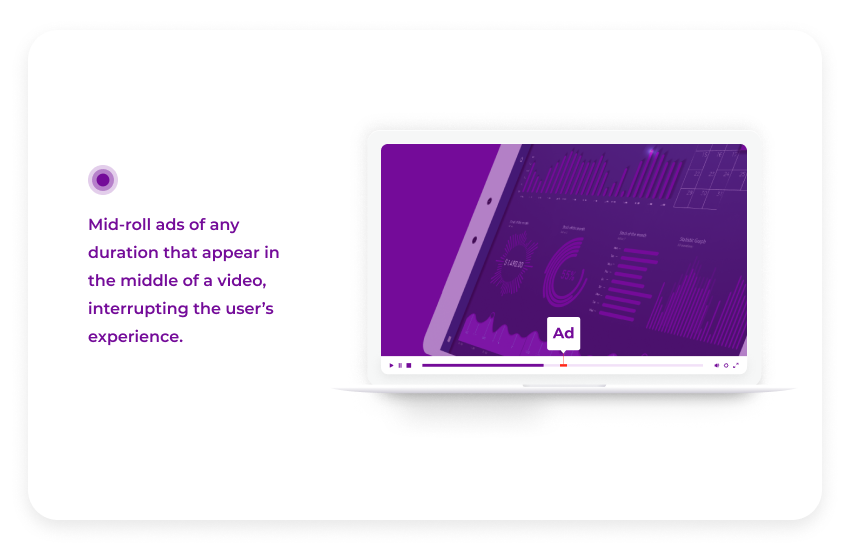 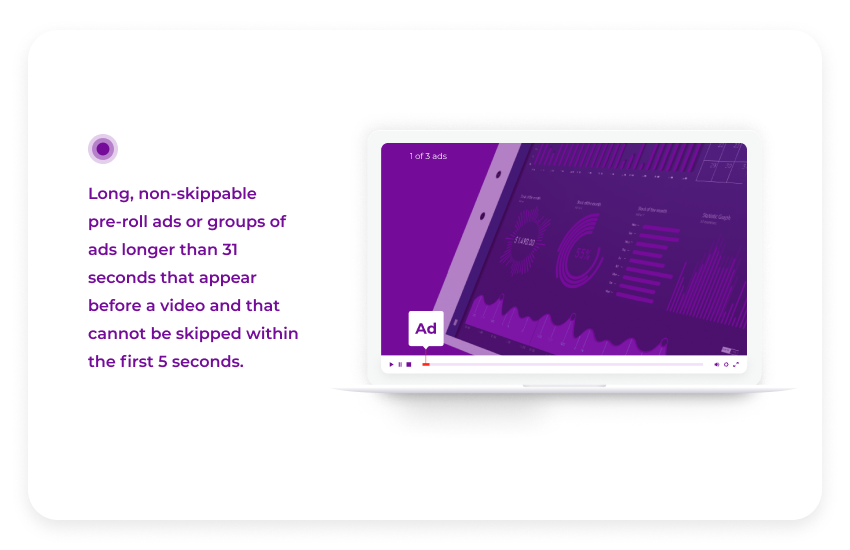 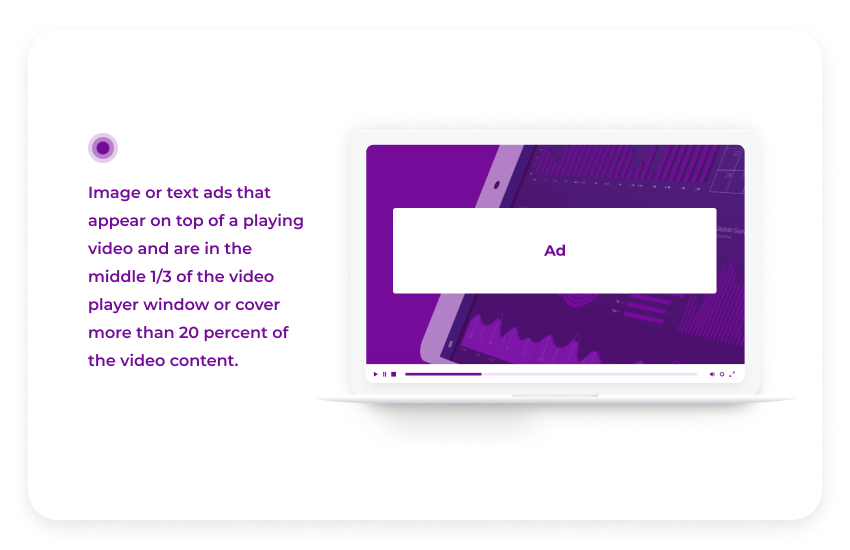 Coalition for Better Ads has classified the abovementioned units as annoying video ad types and recommended media owners to stop displaying them within the next four months.

“Officially, Chrome will start blocking all ads on sites that constantly display 3 types of intrusive ads from August 5, 2020”

Youtube.com Chrome revisions: who will be impacted?

For websites with video content like Youtube.com Chrome will be running compliance tests to make sure that the ads on websites correspond to the Better Ads Standards.

This may affect both publishers who monetize their content with video ads and advertisers since the share of the video ads, especially mid-rolls is expected to shrink. Some pre-rolls, however, are suited to YouTube’s TrueView ads and provide the user with the option to skip the ad after 5 seconds. The unskippable Bumper ads that run for 6 seconds will not be blocked. Still, the main changes in the ad placements on YouTube videos will most definitely be noticeable very soon.

How to adapt to these changes?

For those publishers and media owners who have undesirable types of ads on their web sources, Google recommends using the ad quality report. It helps publishers to understand if the ad meets Chrome’s advertising standards. It is also recommended to review the report from time to time since Google will update it to notify the publishers on how to identify problems and resolve issues related to new standards violations.

As an advertiser, you can also familiarize yourself with the best video advertising practices delivered by IAB (Interactive Advertising Bureau) for in-stream videos and digital video ad format guidelines. Before selecting the video format, discover whether you need a VAST or VPAID video ad serving template.

It worth to point out, a Coalition for Better Ads is frequently conducting researches and surveys in order to pinpoint the least desirable ad types that rank lowest across mobile, desktop, and in-app advertising ecosystems. Empirical data and statistical data sets are also serving the ground for determining the most desirable ad types selected by users. A summary derived from such findings can be helpful on the stage of ad campaign planning. Vist Coalition’s research page to stay updated about various tested ad experiences.

Finally, learn more about Content Environments by Better Ads Standards. This document defines the context and the format where ad content should be served since expectations of users regarding content may differ from device to device and environment to environment: mobile, desktop, in-app.

The initiative of Google and the Coalition for Better Ads is a preventive measure against annoying video types. By blocking ads Chrome tries to protect users from irritation and ad fatigue. Undoubtedly, the share of mid-rolls and pre-rolls that violate the criteria of acceptable formats will reduce after Google’s restrictions come into effect. Still, such restrictions hold a noble mission if we look at the big picture - advertisers will realize how to get around adblockers. Since people won’t have to block intrusive ad types ad blockers acceleration among users will curb. For now, publishers and advertisers have months to adapt to the new standards without risking their ROI and monetization revenues.

Through SmartyAds demand-side platform you can serve highest-performing video ad formats and the vast of the digital ad formats for desktop, mobile, in-app, and CTV environments. No matter if you choose interactive innovative or standard IAB formats and resolutions - all advertising units on SmartyAds platform correspond to the strictest ad industry standards. They render in impeccable quality on user screens, engage the watchers, and guarantee that each of your ad campaigns delivers impeccable performance.

Register for free, select the format that suits you best and start your first ad campaign!

Written by
Iryna Sieliutina, Head of Content Strategy of SmartyAds
February 2020
rate this article
share with friends
Previous Article
next
Virtual Reality and Augmented Reality – The Way Ahead February 2020 Next Article
previous
Startup Brands and Instagram Marketing: What You Should Know February 2020

Pre-roll advertisement: How Do Marketers Take Advantage of it?
VAST vs VPAID? How to Select the Right Tools for Your Online Video Advertising
Google’s Decision on Third-Party Cookies - Who Are the Winners?
What’s the Difference Between In-Stream and In-Banner Video Ads?