GDPR and Targeted Ads in Programmatic: Are They Still Relevant?

The ad tech community predicted tough times for programmatic advertising after the General Data Protection Regulation (GDPR) kicked in on May 25th, 2018. Most programmatic platforms require first- and third-party personal data for precise targeting. The new GDPR legislation was clearly promising to make the whole targeting process go downhill as obtaining user consent for ad tech entities became obligatory. Since May many things have changed but is it safe to say that the freedom of choice made EU-based users opt-out of personalized advertising more often?

What Does Exactly GDPR Mean for Programmatic

At the beginning of May, eMarketer reported that 42% of media buyers agreed that GDPR was going to decrease programmatic ad spending. They believed 43% of user data would be unusable due to the mass opt-out of EU consumers.

Another half of advertisers predicted a better outcome. In their opinion, GDPR would even increase ad click-through rate because buyers would be able to collect more valuable data from those who are genuinely interested in their products. Such transformation is basically a shift from a “data first” to “consent first” rule, that makes advertising more customer-centric.

Here’s what really happened with the market. Digiday reported about a 25-40% drop in ad demand volumes shortly after GDPR came to effect. However, it gradually revived and almost returned to the previous state as the panic dispelled. SmartyAds team conducted more in-depth research to figure out how the attitudes toward GDPR has modified. 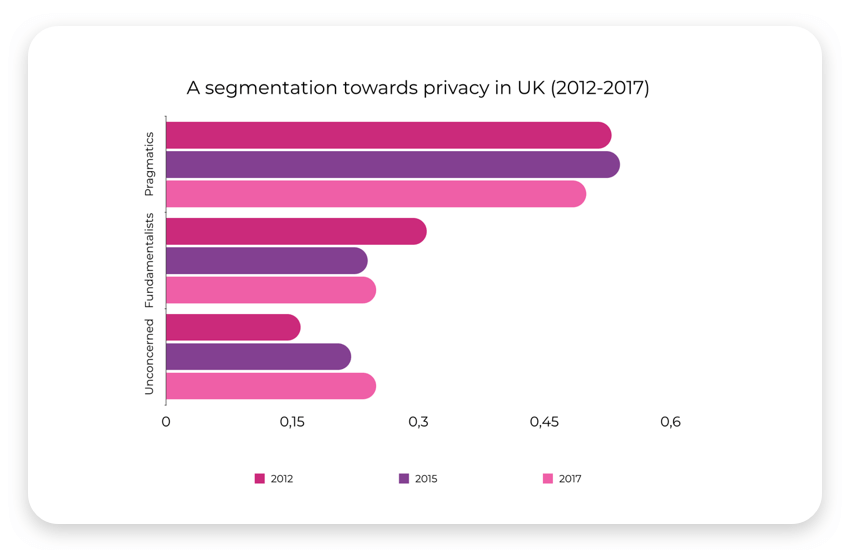 Half of country’s population (a segment called Data Pragmatists) is ready to share their personal data with brands as long as they remain informed about why and how this data will be used by a company. Only 25% of people (Data Fundamentalists) prefer not to share their data under any circumstances.

It’s also noteworthy, the number of unconcerned people increased from 16% in 2012 to 25% in 2017. Around 73% of customers deem that websites know too much. More than 53% don’t want to let websites learn more about them and only 35% are open to personalized experience if the company guarantees to keep their data protected. 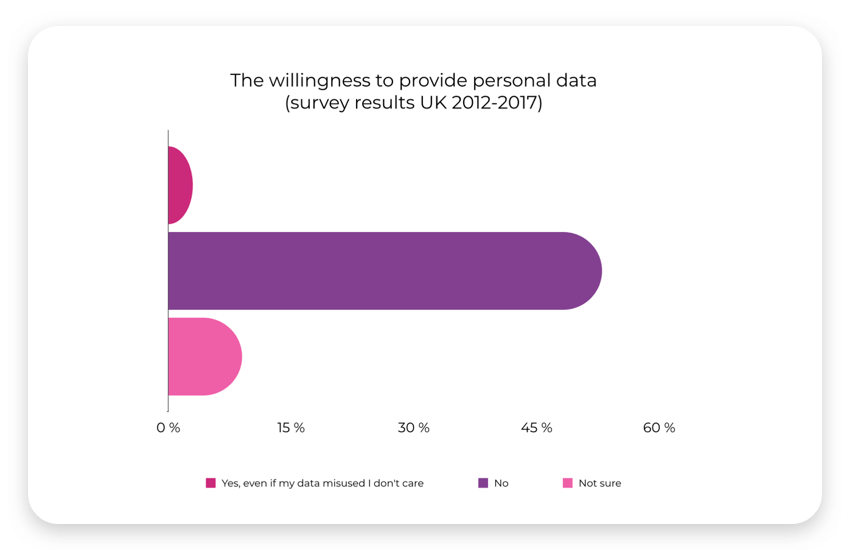 Our assumption is, numbers vary because of the difference in Ñurrent privacy regulations in the UK and the USA.

The Issue of Transparency in Programmatic

The same survey illustrates, 85-88% of consumers name transparency to be the main factor that encourages people to share their information with brands. Transparency is exactly what programmatic media buying lacks most. Previously, websites could unrestrictedly gather the user data such as cookies and device identifiers, new GDPR restrictions signify the end of this era.

The new laws mean that the system will not match ads to customers but rather the customers will match themselves to ads. The DSP's will be obtaining data from publishers and advertisers since they are the direct collectors of cookies and obtainers of consent.

Some people click on “allow cookies” or “receive updates” automatically. Before May, websites could enable cookie notification by default, which of course, was not fair towards customers. GDPR doesn’t allow this anymore and obliges website owners to design all forms accordingly. As a result, customers opt-in more consciously as they obtain more control over their data. Thus, GDPR might be the open gateway to higher conversion rates and better segmentation of audiences.

Will People Opt-Out of Personal Targeting?

Recently SAS (business analytics software) has surveyed 2,949 consumers from the UK, US, Canada, Australia, Portugal, Spain, and other countries. It turned out, around 57% of responders expect businesses to understand their preferences, and, as a result, provide them with relevant offers. Personalized ads are clearly more effective than regular display ads: B2B companies that use them observe a 15% rise in their revenue. â

GDPR creates a better environment for those who want to opt-out. European publishers are obliged to give their customers a fair choice. Also, they should inform customers how to stop sending their data if they gave consent in the past but would like to change their minds today.

Consumers could pay lip service to advertisers with a good attitude but they don’t often remain so thrilled when it comes to the practice. In general, users are not enthusiastic when it comes to tracking their browsing habits, 79% are leaning toward a “NO” response, and 20% of surveyed allow only 1st party data tracking. At the same time, the same survey claims - it’s possible to reach up to 80% of users who will likely provide consent if the consent form is composed properly.

After the panic calmed down and digital sphere adjusted to the new privacy requirements the brands understood - delivering targeted ads using precise targeting by IP, geo or device, never stopped. People became more conscious so they question the subject of their personal information more often but programmatic will not cease to exist as long as targeting and retargeting campaigns generate the highest conversion rates.

SmartyAds DSP, SSP, and Ad Exchange are fully compliant to GDPR. You can read our GDPR FAQ here.

Sign up to SmartyAds DSP or SSP and serve the best quality ads to the relevant demographics.

Written by
Irina Kovalenko, CMO of SmartyAds
October 2018
rate this article
share with friends
Previous Article
next
How to Increase Your Website Traffic: 11 Working Methods October 2018 Next Article
previous
5 Ways to Keep Your Ad Network Fill Rate Close to 100 October 2018