Most popular display ad sizes and formats that came to existence in the last five years are now subjected to intense discussions and arguments between ad tech scene players.

The thing is, different ad sizes and ad formats are best each at their department: while some increase ad impressions, the others achieve better click-through rates or memorable user experiences that work best for post-view conversions.

Much more information about mobile ad sizes and formats you can find here.

Advertisers are hectically trying to figure out the best advertising formats and sizes as users get bombarded by myriads of ad units on both mobile devices and desktop. In such circumstances, battling for user’s attention is a job for the best-performing ad formats and sizes that meet the advertiser’s expectations considering ad ROI.

What are these most common banner sizes and formats? SmartyAds plunged into an independent 90-day long research during which 200 million of impressions were served. Inspecting display ad sizes and the ad revenue brought within a period has helped to obtain an answer to this question, relevant for July 2018.

Such popular banner sizes appear eye-friendly because they’re capacious and naturally don’t force the eye to fidget left-right to read the message as it happens in horizontal text ads.

Most popular banner ad sizes oftentimes appear larger than their counterparts, they’re more noticeable. This is why they are better in terms of visibility and engagement. In general, they show better ad impressions when placed on the upper corners of the landing pages.

The high-performing ad sizes are larger, so their CPM is higher, nevertheless, advertisers who afford them typically get much higher returns on investments.

Best ad formats and their CTRs

Best advertising formats this year in 47% of cases are served on the desktop and in 53% on mobile devices, including both tablets and phones. User experiences also vary from country to country.

For instance, 70% of the US users were prone to interact with ads on a desktop while for Brazil and a couple of eastern countries this number was only as high as 44% during the period.

Video advertising has been growing all these years with increasing speed. The average adult spends several hours a day watching the videos in the U.S. No wonder it is deemed to be the best ad format among advertisers for generating engagement.

It is enough for the video ad to last from 15 to 30 seconds and have an exciting plot to capture the user’s attention. Best ad formats of the video niche include native, rewarded, and interstitials. These ads work 8,3% better on mobiles and 14,0% better in-app. By the way, it might be interesting to read about mobile in-app advertising. 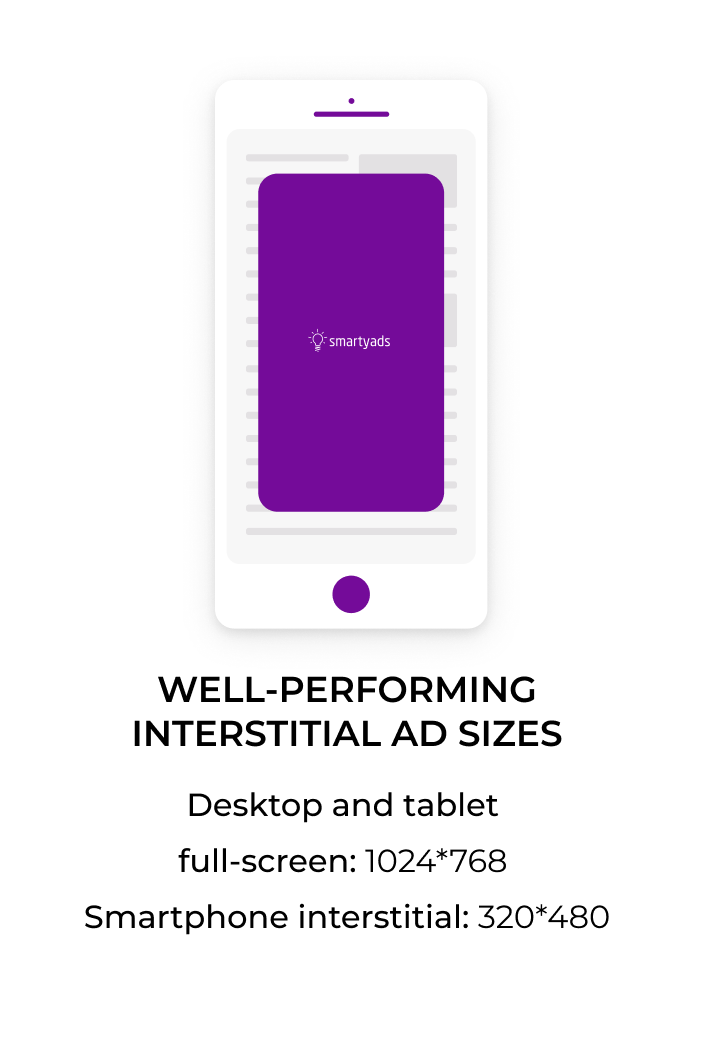 Full-screen interstitials are among the best banner ad formats that show high efficiency appearing in the middle of the mobile game and other in-app user experiences.

Popping up at the transitions between the game, they cover the whole screen for the particular time span after which the user can close the ad unit or click on it and be redirected to the advertiser’s site.

Interstitials are among the best ad formats in 2018 because the users usually find them more memorable and interactive in comparison with other known formats. 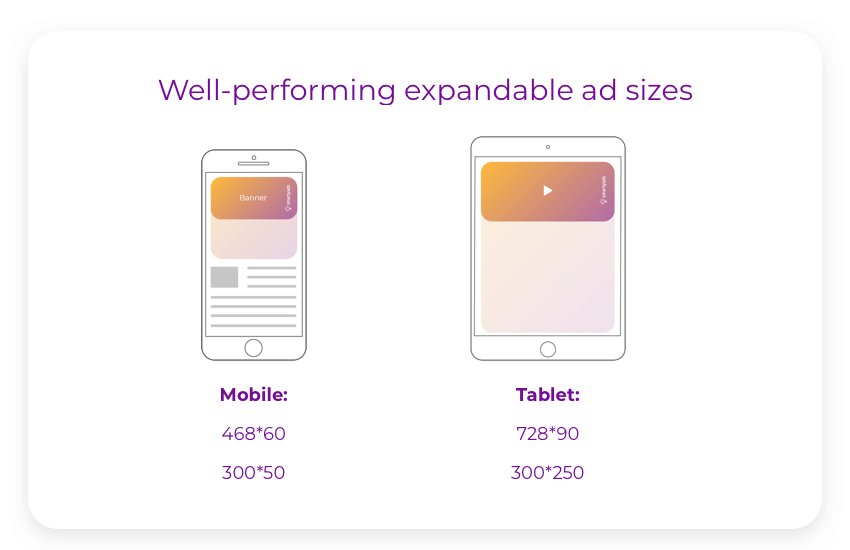 Expandable ads belong to the most memorable rich media ads today. Such ad unit expands twice in size when triggered by the user on the landing page.

The expandable ad is usually served in high-performing advertising sizes such as 728*90 on tablets and 300*50 on mobile phones.

The fact that the expandable ad is at least 25% more memorable than the average large banner format makes it easy to overcome the problem with banner blindness and generate a higher click-through rate. 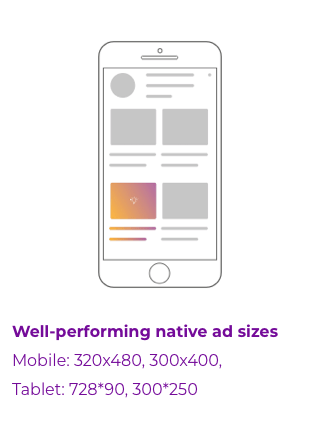 Native ads are already among the most common ad formats on social media, in-feed, and within the articles on landing pages. On average, their viewability is 53% higher in comparison with banner ads.

The core of the concept is that the ad should appear as natural as possible, blending in with the rest of the content in style, form, and functions. As a result, the ad unit is perceived as a readable, useful content that can be reposted or shared.

The native ad is neither too self-revealing nor too flashy. It doesn’t interfere with the rest of the interface, that’s why more publishers are willing to serve them in 2018.

The most common display ad sizes and formats in 2018 are served on the multitude of platforms as it turned out during our study. Cross-platform creatives help to reach broader audiences and multiply the return on investment on at least 20% compared to what is achieved with desktop creatives only.

If you already determined the best ad format for the campaign, enriching it with an additional two is what will help to increase the ROI by 70%.

The data also says that brands traditionally favor the placements at the top of the landing pages, however, lately the focus has been shifted towards diversifying creative types and sizes for various campaigns and inventories.

SmartyAds recommends using several most popular display ad sizes and formats. Serving them through programmatic algorithms will help the system to prioritize the most suitable ad units in order to get more clicks and convert users into customers.

Registering at DSP, the advertiser obtains unlimited access to the best inventory worldwide and closes deals with trusted premium publishers programmatically, according to own placement requirements and targeted audience. Read more about SmartyAds Media Buying Solutions.

Don’t limit your options! We’ll make any ad format and size work for you