Native advertising on mobile looks like a rare chance of mutual benefit: more ROI-driving for advertisers, more suitable for publishers, and more than acceptable for the viewers.

Given the fact, that users are increasingly consuming content using tablets and mobile devices, the highest increase in native advertising is expected to hit the mobile segment. By 2020, the advertising market will see a sixfold rise in mobile native advertising spend. That’s why media-buyers are actively preparing to adjust budgets to catch up with the trends.

For those of you, who are not familiar with this ad format, let's take a brief look at the concept.

What is mobile native advertising?

Native mobile advertising implementation, however, has peculiarities since mobile ecosystem is fundamentally different from desktop. Native advertising can be described as “disguised” since it harmoniously blends with the rest of the website content. It imitates the interface of the site or app and often replicates essential website functionality.

Mobile ad trends: where are we now?

Advertisers. According to eMarketer, native ads on mobiles accounted for $19.50 billion ad spend in 2017, which made 88.3% of all native advertising. In 2018, native ads on mobiles took 64.5% of total mobile ad spend in the US. This is only beginning if to take into account that the niche is supposed to grow six times larger by 2020. When it comes to native ads for mobile sold programmatically, they represented 84.0% of native ad spend which equals to $18.55 billion.

Users. The users also give mobile native advertising thumbs up since the ad units are far less intrusive than traditional banners. The MMA research goes on to say, in-app native units are viewed three times more often than banners, mainly because, for instance, sponsored content, are also liked, shared and frequently reposted. As a result, their engagement indexes reach 20–60% above average.

Publishers. If the majority of publishers and app developers are concerned with the ‘unknown’ characteristics of ads that pop up on their websites, mobile web native ads are here to save the situation. Instead of repelling the visitors with flashy pictures, native ad offerings deliver additional value to the users with content that entertains and educates them. What’s more to this, the trends say that advertisers spend only 19% on mobile web native ads compared to 81% in-app. This means, in-app is the true money-making polygon that publishers should opt for these days. 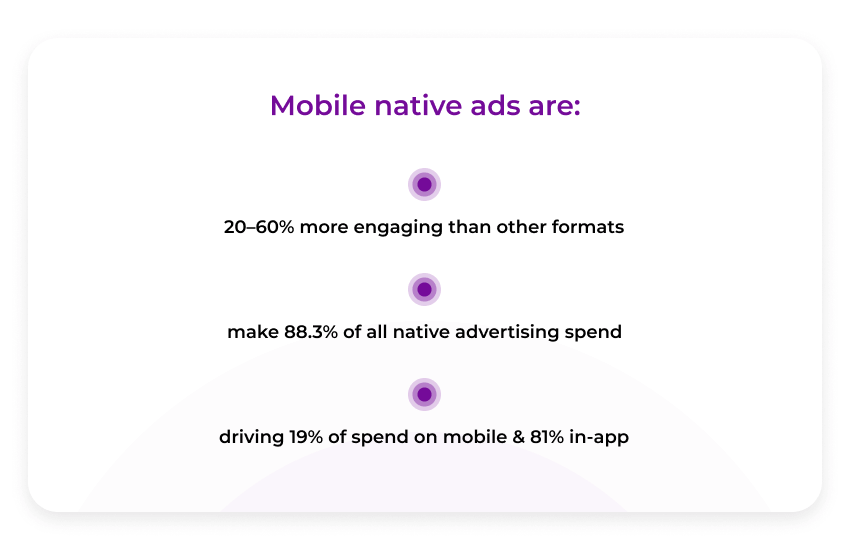 An advertising message that appears at the top of the user's search query and visually imitates organic search results. The ad link looks almost the same as the rest of organic links, and their snippet corresponds to the user's request.

Even though such advertising is always color-highlighted and has appropriate marking, around 40% of users still wrongly take such ads for authentic websites that result in high bounce rates.

This ad format is located in blocks that are usually named “Read also” or “Recommended to you.” These blocks on the web page contain links to the articles (leading to other thematically related blogs or directly to advertiser’s website).

Usually recommendation widgets are placed at the bottom of the article but either way, they can be located at the top or in sidebars.

Some experts call recommended widgets the best mobile native ads since advertisers can expect that their ad will be shared through the variety of sources with relevant thematic. According to Business Intelligence, they are also 20% better revenue growers than in-feed units. 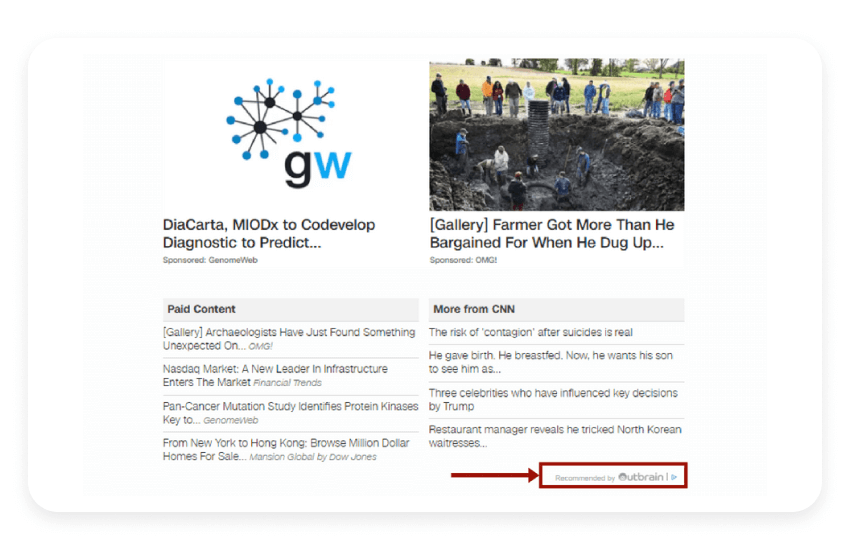 Sponsored content is usually represented by articles which are created and promoted in partnership with advertisers. The articles are written on advertiser’s side according to the publisher’s editorial politics. The publisher posts such content and promotes it. If sponsored content is consistent with the rest of editorial materials, relevant, and interesting to readers, they interact with it the same way they do with editorial articles.

Like any other kind of native ads, such articles are marked as “sponsored” or “branded.” Examples of such you can easily find at New York Times, The Telegraph, The Atlantic, and famous news portals.

Mobile app native advertising is a perfect playground for custom native advertisements that go beyond the limitations of typical formats and mobile ad sizes. In other words, it is an individual solution created for the brand and based on personal goals.

Here is an example of such native mobile ad: The users are encouraged to make "coub" from the brand’s video right in the "coub" editor. The user participates and wins the prize for the most creative "coub." Just in a week, such custom branding campaign can collect more than a million "coub" views. The same mechanism is applied to native mobile games, long reads, videos, polls, tests, and quizzes. 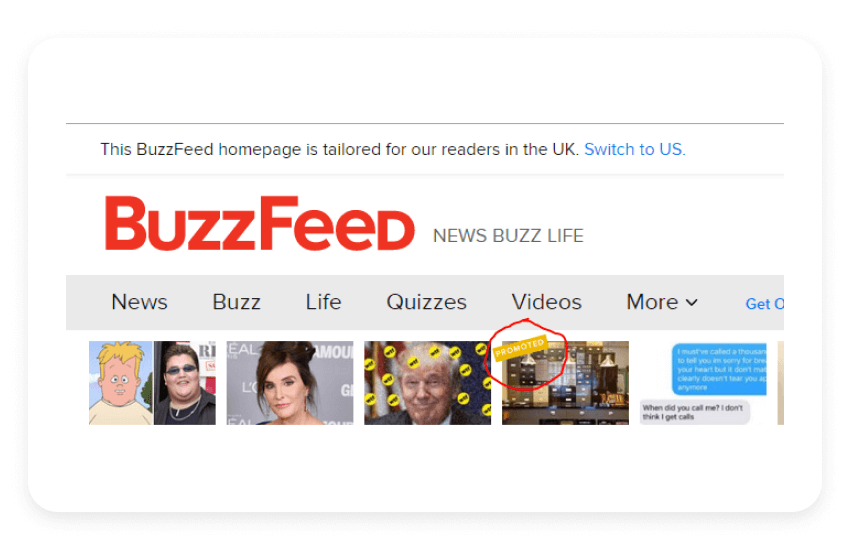 Mobile native ads work as 15-30 second long videos and can be located in the content, or in-feed. It is possible to embed the ad in the video using unskippable pre-rolls, mid-rolls, and post-rolls. Examples of such you can find embedded in YouTube videos.

Some of the native video ads appear harmoniously within the app and start to autoplay in silence until the user clicks on them. Such video ads don’t interfere with user experience and fit in naturally inside the app. According to the survey that compared five various ad campaigns, the native placements including pre-rolls were always performing much better than average. 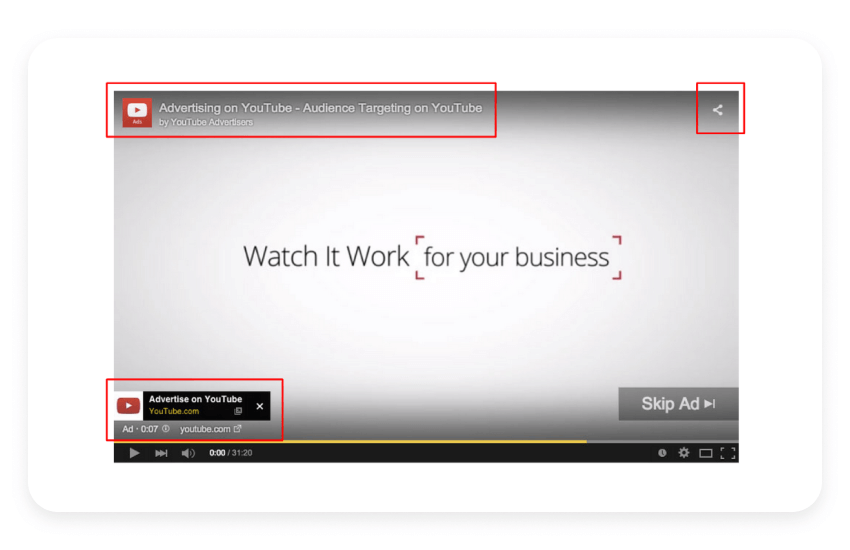 In-feed native ads on mobile most often get embedded in the social or news feeds. If you're attentive, you can notice them while scrolling down the page in social networks or on the website. They’re marked as “sponsored” and shown among other editorial materials.

In-feed native ad post looks the same as non-advertising, and thus, may quickly capture the interest the mobile user since it’s targeted to the particular user category.

In-feed posts you can find at Facebook, Twitter, Instagram, Pinterest, Tumblr feeds where they’re specifically marked with a color. If the concept of the mobile in-feed ad is creative and memorable enough, such type of ad can become infectious and quickly bring high incomes to the app publishers who target them programmatically using SSP. 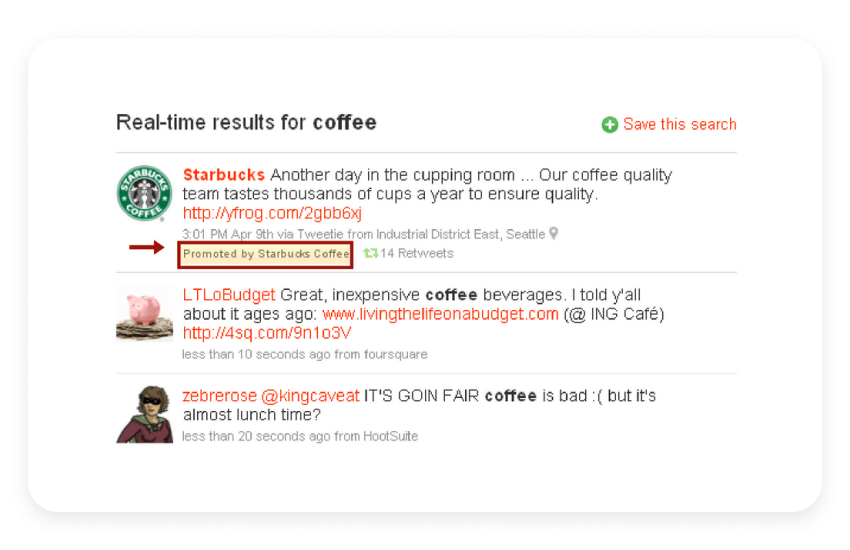 Native advertising mobile app formats represent the vast amount of static and interactive ad units which by design and content are potentially interesting to the mobile users. The future of mobile advertising is native, and this can easily be proven by the stats revealed above. By 2020, most of digital advertising will go native and in-app. Here’s why:

The only challenge here is, mobile native ads should always be properly marked in accordance with IAB’s Native Advertising Playbook and FTC Guide for Business. They are listing important recommendations that brands must follow during creative concept development and ad unit designing. These documents have been created to make native ads transparent, and avoid violations of consumer rights.

When it comes to the performance of the mobile native advertising, it is measured the same way as due to other ad formats. If an ad unit has a clickable link, assess it like the banner or contextual ad: by CTR and conversion. If it is a sponsored content, measure editorial metrics, such as reach, engagement, and conversion. In case your ad format is interactive, additionally, you can measure engagement and user interaction with every structural part of creative.

The popularity of programmatic purchases allows various native advertising formats to occupy the lion's share in the segment of mobile digital spend. However, this format will only work perfectly for your brand only if you comply with ethics, mark the ad unit properly, and channel ad message to customers at the right time. Luckily, it already became real with programmatic advertising.