What is a private marketplace (PMP)?

To understand what does private marketplace mean for advertisers, let's first start with definitions:

PMP private marketplace is a customized programmatic private auction based on exclusive invitations for a number of selected demand and supply partners. Within the private marketplace, premium publishers can choose certain inventory and offer it to a specific group of buyers. Advertisers, on the other side, get better ad fraud protection and brand safety. We’ll explore their benefits in more detail later on, and now let’s point out a place of the PMP marketplace within the programmatic ecosystem.

The buyers join the auction via invitation and then bid on suggested inventory just like in open RTB. The priority of PMP deals is usually higher than of an open marketplace, which allows advertisers to get access to premium inventories before they reach open auction. It is also considered a part programmatic direct advertising which includes preferred deals and programmatic guaranteed. However, there is a difference, as other direct deals usually don’t involve auction and usually imply a fixed price.

PMP marketplace is different from an open marketplace where every advertiser has access to all the inventory from supply partners without the need for invitations. While supporting the benefits of programmatic advertising, private marketplace allows advertisers to reserve the inventory before publishers start selling it on the open RTBs.

Private marketplace online advertising unites the benefits of both direct deals and RTB auctions. Direct deals include higher transparency of ad placement and pricing as well as high-quality inventory. RTB auctions, on the other side, provide the automatization of trading processes, which saves lots of time and effort to both parties.

PMP (private marketplace) deal usually works well for everyone, as publishers get premium rates and the advertisers get exclusive access to the inventory before it gets to the open exchanges.

What is private marketplace advertising and why is it popular?

When RTBs and automated auctions started to dominate the digital advertising industry, some of the cons of open exchanges became apparent. Worries about ad fraud and transparency pushed marketers towards private marketplace media trading with premium inventory and high-quality advertising campaigns powered by first-party data.

Although open RTBs have long been considered the most widespread type of programmatic, PMPs are getting more and more popular each year. According to Emarketer, private marketplace digital display ad spending will surpass open exchanges by almost $2 billion by 2021. This trend is observed not only for display advertising, but also for other formats - mobile, video, radio, and TV. The main point is, PMPs help to overcome numerous challenges associated with reach limitations.

Oleg Sokolan, Director of Demand at Admixer explains the idea and provides an example: 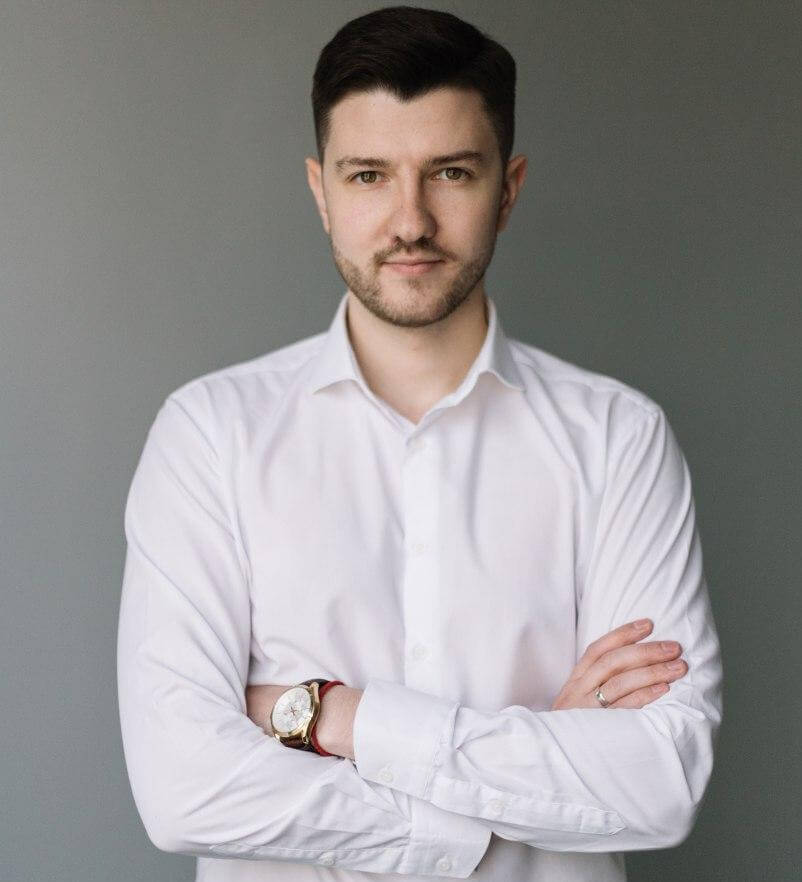 "Nowadays, machine learning (ML) is not something unique or extremely expensive. Most of the Tier-1 ad exchanges use it to decrease infrastructure costs by throttling traffic. Simply put, if you target Madrid, Spain, expecting to reach all the citizens, throttler won’t let you do this at once. You will get just a small batch of the available Madrid traffic for the first 4 hours. Then, ML will analyze ad campaign behavior and add more traffic gradually. I’m not sure if you ever get all the traffic you want. Even if you do, it’s going to take at least a week. But what if you need to reach as many unique Madrid citizens as possible today? Set a PMP! It ignores the limitations, helping you to reach the goal." 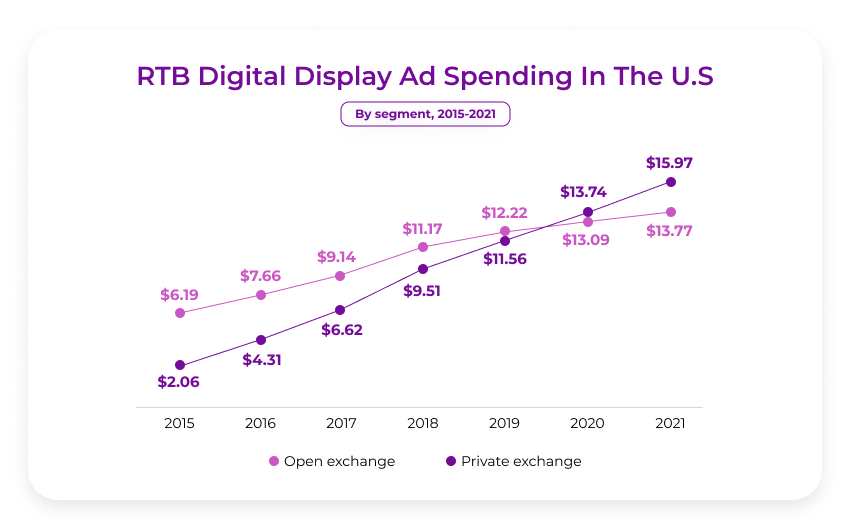 One of the reasons for rising popularity is ad fraud detection which is much easier to perform within open exchanges compared to a private marketplace. One of the estimates from Emarketer predicts colossal losses to ad fraud, reaching $100 billion in 2023. This is a very important factor for premium publishers and advertisers who are specifically concerned with their brand safety.

An inappropriate ad or placement could do serious damage even to an established brand, so many well-known media owners start to rely more on PMPs. For instance, Digiday reports 95% of programmatic buys made by ESPN are performed through private marketplace ad tech solutions.

PMPs also ensure stronger partnerships between supply and demand as both sides of the auction are known. Because of this, partners can build trust and establish a continuous relationship once their initial trading showed successful results.

Finally, PMPs provide publishers with an opportunity to set a fixed floor price which ensures them with reasonable revenue defined by the quality of the inventory. Similarly to header bidding trading, this gives publishers more power over their inventory.

What does private marketplace mean for advertisers

Although open marketplaces are often the main source of inventory for advertisers, there are some significant benefits about private marketplace programmatic media trading which make this model especially attractive. Since we have already covered private marketplace (PMP) definition and why is it getting so popular, we can finally have a look at some of these benefits in more detail:

Efficiency - combined with benefits from direct sales, private marketplaces still offer a huge level of automation that saves advertisers lots of time just like open RTBs. Purchasing inventory via the PMP demand-side platform enables them to make fast and beneficial deals with publishers without relying on human teams and spending hours negotiating. Sometimes there is even an opportunity to buy packages of inventory grouped by specific business verticals which saves even more effort.

Brand safety - While buying inventory via open marketplace advertisers cannot be sure who they are buying ad spaces from and how it could affect their reputation. This can lead to serious losses, especially if an ad appears within violent, extremist, or simply inappropriate content. Such a situation is not a rare case, so many brands turn to PMPs in search of reputation protection.

First-party data - Private marketplace data lets advertisers directly get accurate information from the publishers regarding their audience, traffic volumes, and engagement rates if there are an agreement and leverage for this option. Consequently, they can adjust their messages and formatting much more precisely and the performance of their ads can get much higher compared to an open marketplace where these factors are getting random at times. Such usage of the audience data is also beneficial for users, as they are more likely to receive relevant messages instead of random and sometimes even annoying ads.

Transparency - A clear understanding of all the details is probably one of the best things about private marketplaces. Apart from brand safety and stronger partnerships, PMPs ensure that each participant of the auction knows exactly who they are trading with, what is the clear value of the inventory and what exactly they are getting for their money. Once the deal is struck there can’t be any surprises, as everyone already knows exactly what are the terms. Such an approach can relieve many pains of buyers and give them better clarity for making important strategic decisions regarding their ad campaigns.

Higher ROI - Using a private marketplace is also a good way to increase your return on investment. Using cutting-edge programmatic technologies, PMPs can significantly reduce your spending on media-trading, since it replaces lots of manual work in managing campaigns and negotiating with publishers. Moreover, private marketplaces are well-known for doing a great job preventing inventory fraud and providing transparency. Therefore, the potential losses to ad fraud are minimized, and, consequently, your ROI gets higher compared to that from an open marketplace.

Becoming standard - As we have already discussed, PMPs are getting more popular each year and can become an industry-standard quiet soon. It is already available on a wide range of programmatic exchange platforms and can be used for any kind of inventories from premium to remnant ads.

How to use private marketplace

There are many reasons to start using private marketplaces, especially for ad formats that are not available on the open marketplace or to get access to specific inventory packages. In any case, getting started shouldn’t be a big deal even for a beginner.

You can participate in private marketplace auctions by entering your deal ID on demand-side platform (DSP). There you can also filter the specific inventories you need by formats, industries, geos, as well as switch between deal types - all this within a single dashboard. With fast advancements of programmatic, creating a campaign is now a fast and enjoyable process. All you have to do is to sign up at SmartyAds DSP, fill in your campaign’s details, and upload creatives. You can experiment with different types of deals or stick to the private ones - they are all easily manageable and adjustable.

Welcome to the private marketplace at SmartyAds DSP!

Written by
Irina Kovalenko, CMO of SmartyAds
May 2020
rate this article
share with friends
Previous Article
next
What Is Brand Advertising and How to Start Branding Campaign? May 2020 Next Article
previous
Outsourced Ad Ops: Their Role, Functions, and Connection to Revenue Generation May 2020